Many countries celebrate Boxing Day, the very day next to Christmas Day, by organising sporting events. Australia is no exception to this tradition. Every year, the outdoor loving public flock to the Melbourne Cricket Ground (MCG) to witness what is traditionally known as the Boxing Day Test, played between Australia and the current touring team.

The first time a test match was played in Australia on the Boxing Day was in 1950 when the host nation pitted themselves against arch rivals England as part of the Ashes tour. Even before that, for many years, the match between Victoria and New South Wales cricket team included Boxing Day as one of the playing days.

The tradition abruptly stopped in 1953 and up to 1967, Boxing Day remained a non-playing day. The revival of the Boxing Day test tradition came alive during the 1974 Ashes series. The third test match between the hosts and England began on December 26, marking the beginning of the modern day Boxing Day celebrations. Since then, every year, Australia plays a Boxing Day Test against the team currently touring the country. Also, the Ashes series, which is played every four years, features a test beginning on the day.

The Australians’ love for the Boxing Day Test goes beyond the fact that they love cricket. 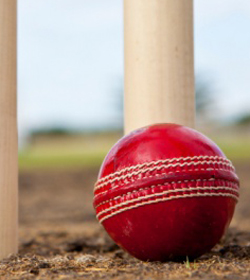 They also love the outdoors and the sunny, warm weather and the Boxing Day Test provides them with the opportunity to watch an entertaining cricket match whilst sipping their favourite drink.

Most importantly, the holiday season and the traditional feelings attached to the match are also attracting factors.

Past results of Boxing Day Test

Facts and Controversies from the Past

• The only One Day International match played on a Boxing Day was in the year 1989 between Australia and Sri Lanka.

• Shane Warne claimed his 700th wicket and the world record in the Boxing Day Test against England in 2006.