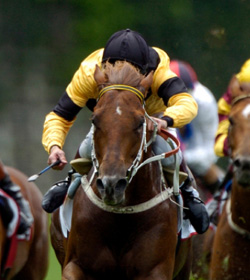 The Melbourne Cup is considered the most popular racing and social event in Australia. Thousands and thousands of people from all over Australia flock to Flemington Racecourse in Melbourne to watch the races. If people cannot watch the races live, they will often stop what they are doing around the time the race starts, and they will watch it on television or listen to the radio. Melbourne Cup Day is a public holiday for the Melbourne metropolitan area, and is Australia’s major horse racing event. It is a great excuse to get dressed up in your best gear and have fun!

What to take for a perfect Picnic on Melbourne Cup Day

Be prepared for Melbourne weather! Keep up to date with the weather forecast – is it going to be cold, wet, or sunny?

Here are some ideas on what you could take for a perfect picnic on the lawn or in the carpark:

Mix the chicken with your favorite mayonnaise and spread on fresh bread. Cover with a damp tea towel to keep the moisture in.

Fresh, peeled prawns are the best. Remove heads, tails and veins and serve with your favorite mayonnaise or seafood sauce.

Make your own or buy some – chopped into bite size bits.

Easy to make – ready made shortcrust pastry sheets cut up and placed in muffin/cake trays – put small amounts of your favorite filling – chopped mushrooms, sundried tomatoes, bacon cheese etc. and pour over beaten egg and cream to cover. Bake in the oven till golden brown.

👠 Ladies.Will you be wearing high heels this spring carnival season?

To reduce the pain you will feel at the end of a day in high heels, make sure you stretch your calves! 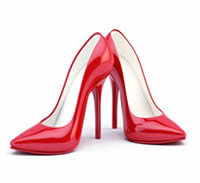 Here is an easy stretch:

1. Stand facing a wall
2. Pretend that you are pushing the wall with one foot in front of the other, but make sure your back foot is flat on the floor
3. You should be able to feel a stretch in your calf of the back foot. If you can’t, slide your back foot a little bit further from the wall until you can feel that stretch
4. Hold this stretch for 30 seconds and repeat on the other side

🏆 History Of The Melbourne Cup

Seventeen horses raced in the first ever Melbourne Cup, and the first place prize money was around $900.

In 1985 the first ever million dollar cup took place, with the winner of the race taking home $650,000 in cash. Today there are millions of dollars in cash prizes and usually jockeys who place in the top 10 will get some of the prize money.

The Cup is held on the first Tuesday of November, and is considered a public holiday for federal servants and people who work within Melbourne and the metropolitan area, as well as some parts of Victoria.

Melbourne Cup Day was first declared a holiday back in 1877, but it was not until 2008 that the day became a public holiday for all council areas in the state of Victoria.

🐎 Winners Of Past Cups

🥳 How to Celebrate The Melbourne Cup

Australians often throw house or office parties to celebrate the Cup. They will often dress up in all types of dresses and hats, and they will usually hold fancy hat and dress competitions.

Many people from all over Australia will usually place a small wager on the races, and this includes people who never would bet normally.

Many Australians hold a barbeque or a cookout the day of the Cup, as long as the weather permits. Once the Cup is finished, many people tend to go to their local bar or night club to continue celebrating the Melbourne Cup.

Not many people know this but fashion has also grabbed a lot of headlines on the day of the races. For example, the miniskirt became very popular worldwide after a model wore one to the Cup back in 1965.

People from all over the world attend the Cup, but the majority of tourists come from Australia and New Zealand.