Along with Easter Eggs, the Easter Bunny is one of the best known Easter symbols. 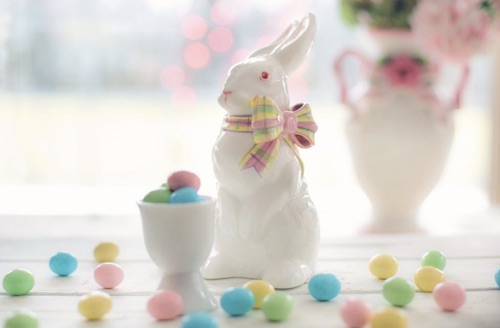 The bunny as a symbol of Easter appears to have its origins in Germany in the 1500’s. The first edible bunnies were made in Germany around 1810. The Easter bunny was introduced to America in the late 1700’s and apart from Christmas, was the second most favourite time of the year for children.

Rabbits are reminder of spring and new life. They were the favourite animal of the spring goddess Eastre. In Australia, Easter is celebrated in the autumn.

In Australia, there has been a commercialised push to sell the Easter Bilby as an alternative to the Easter bunny. Many Australians prefer the Bilby as the symbol for Easter as it is native to Australia and also because of the fact that the rabbit has destroyed land, crops, vegetation and burrows of other native Australian species.

The Bilby is a type of small bandicoot and is an endangered species. The Bilby has long ears and silky fur and is an Australian mammal. It lives in grasslands or shrubland and searches at night for small insects, bulbs and fungi. The Bilby obtains sufficient water from its food, making drinking unnecessary. It sleeps during the day in a deep burrow with an entrance which is usually hidden by some grass or a shrub.