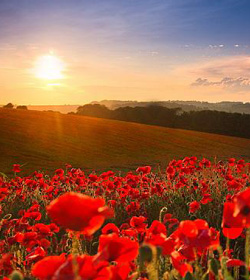 Anzac day in Australia is the anniversary of the first major military action fought by Australian and New Zealand forces during the First World War.

Australians come together on ANZAC Day and spend time remembering the sacrifices of those who died in war protecting our country.

On the 100th anniversary services will be held to honor Australian service and sacrifice. A list of commemorative  services around Australia can be found below.

“Anzac is not merely about loss. It is about courage, and endurance, and duty, and love of country, and mateship, and good humour and the survival of a sense of self-worth and decency in the face of dreadful odds.”
Sir William Deane, Governor-General of Australia

Commemorating the Centenary of Gallipoli around Australia in 2021

ANZAC Day services Melbourne
Dawn Service, ANZAC Day March, and other events and activities at the Shrine on Anzac Day

ANZAC Day services Perth
In perth there will be Dawn Service and Sunset Services at Kings Park and Botanic Gardens,  a Gunfire Breakfast at Stirling Garden and a parade Parade in the Perth City Streets

Rosemary
Rosemary is a herb found growing wild on the Gallipoli Peninsula. It is worn as a symbol of remembrance on Anzac Day. The Flanders Poppy is also becoming associated with Anzac Day, although it was traditionally only worn on Remebrance Day, 11 November.

The Last Post
“The Last Post” historically has been used to signify the end of the day. It is played during ceremonies to serve as a tribute to the fallen.

Reveille and Rouse
Reveille is a bright cheerful call that woke soldiers at dawn and called them to duty. Rouse is a shorter bugle call normally sounded alongside The Last Post at remembrance services, except the Dawn Service when Reveille is played.

A Period of Silence
One or two minutes silence is held as a time for reflection and a sign of respect.

The Ode
The Ode is the fourth stanza of Laurence Binyon’s poem, “For the Fallen’ and has been recited in ceremonies since 1919. 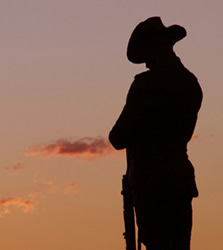 They shall grow not old,
as we that are left grow old;

Age shall not weary them,
nor the years condemn.

At the going down of the sun
and in the morning,

We will remember them.

A group of women during World War 1 decided to make biscuits to send to the soldiers that would provide nutrition and keep for a long time.

They were originally called “Soldiers biscuits” but after Gallipoli the name was changed to ANZAC biscuits. ANZAC s are an Aussie favorite – They are are great tasting and easy to make.

Cook some up this ANZAC day to share with your family and friends. 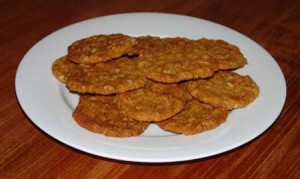 1) Combine oats, sifted flour, sugar and coconut.
2) Combine butter and golden syrup, stir over gentle heat in a small saucepan until melted.
3) Mix bicarbonate of soda with boiling water in a teacup. Add to melted butter mixture. Pour into dry ingredients and stir.
4) Place tablespoonfuls of mixture on oven trays (for easy cleanup place a piece of baking paper on the tray)
5) Cook in a slow oven for 15-20 minutes. Makes about 35.
6) Try and stop your family eating them while they are still warm and soft.
Once they are cool they will go harder and you can Anzac Biscuits store them in a container.

Bent double, like old beggars under sacks,
Knock-kneed, coughing like hags, we cursed through sludge,
Till on the haunting flares we turned our backs
And towards our distant rest began to trudge.
Men marched asleep. Many had lost their boots
But limped on, blood-shod. All went lame; all blind;
Drunk with fatigue; deaf even to the hoots
Of disappointed shells that dropped behind.
GAS! Gas! Quick, boys!– An ecstasy of fumbling,
Fitting the clumsy helmets just in time;
But someone still was yelling out and stumbling
And floundering like a man in fire or lime.
–Dim, through the misty panes and thick green light
As under a green sea, I saw him drowning.
In all my dreams, before my helpless sight,
He plunges at me, guttering, choking, drowning.
If in some smothering dreams you too could pace
Behind the wagon that we flung him in,
And watch the white eyes writhing in his face,
His hanging face, like a devil’s sick of sin;
If you could hear, at every jolt, the blood
Come gargling from the froth-corrupted lungs,
Obscene as cancer, bitter as the cud
Of vile, incurable sores on innocent tongues,
–My friend, you would not tell with such high zest
To children ardent for some desperate glory,
The old Lie: Dulce et decorum est
Pro patria mori.

“Dulce et decorum est pro patria mori” is a Latin quote from Horace meaning “it is sweet and fitting to die for one’s country.”

Wilfred Owen’s poem “Dulce Et Decorum Est” was written during his World War I experience. Owen an officer in the British Army was deeply opposed the intervention of one nation into another.

The poppy belongs to Remembrance Day, 11 November. In Australia, single poppies are not usually worn on ANZAC Day, however wreaths of poppies are traditionally placed at memorials and honour boards on ANZAC Day.

Gallipoli – The First Day
The ABC have put together a documentary website about the WW1 ANZAC landing at Gallipoli, on 25 April 1915. This website is fantastic and well worth having a look at. It covers the ANZAC landing , Personnel, Campaign overview and Military hardware. This is a great way for future generations to learn about the History of ANZAC day.