Is AFL Grand Final Friday a Holiday in 2021 (Victoria)?

It is the newest public holiday in the state of Victoria. It is celebrated on the Friday preceding the Australian Football League Grand Final.

Victorians to get a public holiday on Friday TBC

It has been called a “Thank You Day”.

The AFL Grand Final takes place at the end of each Australian Football League season. The event is normally held on the last Saturday in September each year and occasionally on the first Saturday in October. The game and associated entertainment is held in Melbourne, Australia at Melbourne Cricket Ground (MCG). The main objective of the AFL Grand Final is to determine the champion club for that year in the Australian Football League.

Today, the AFL Grand Final plays a vital role in Australia’s sporting culture. The event remains as the most significant on the Australian sports calendar. It has the leading overall interest and television audience in the country and also pulls one of the largest attendance figures for a sporting event each year. The winner of the AFL Grand Final receives a large premiership trophy and a premiership flag which is normally unveiled at the Club’s first home game in he following season.

History of the AFL 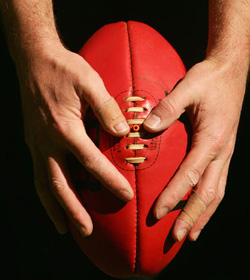 In 1896, eight foundations football clubs namely South Melbourne, St Kilda, Melbourne, Geelong, Fitzroy, Essendon, Collingwood and Carlton established the Victorian Football League. However, they started playing their first league games the following year. Two other clubs namely University and Richmond joined the league in 1908. For University, this was short lived because it left the competition in 1914. Nonetheless, the league attracted North Melbourne, Hawthorn and Western Bulldogs in 1925.

It was only after the 1987 season that two other teams namely Brisbane Bears and West Coast Eagles would join the league. Other clubs that joined the league included Adelaide, Fremantle and Port Adelaide in 1991, 1995 and 1997 respectively. Brisbane Bears and Fitzroy merged in 1996 and gave birth to the Brisbane Lions.

A Grand Final parade is held in the week preceding the Grand Final to help celebrate the event and the players and coaches. This traditional parade brings the two competing teams together and is held on the Friday ahead of each AFL Grand Final. The parade is held at the city centre of Melbourne attracting thousands of fans.

There is also a sprint organized during the match day. This involves a number of selected players who are not participating in the finals and can run very fast.

Grand Final parties and bbq’s are held throughout homes and pubs in all states of Australia. Fans of AFL also hold private parties all over the world on Grand Final day. People gather around and enjoy watching their team on big tvs and screens. For many supporters the AFL Grand Final brings out strong emotions as they cheer their team on.

About the game of Australian Football

A game of footy consists of four quarters and continues for nearly two hours. Two opposing teams ( 22 players with 18 from each team on the field at any one time ) try and kick as many goals as possible.

A goal is scored when the football is kicked through the tall, inner posts (the goalposts) and is worth six points.

If the football goes between a goalpost and either of the shorter outer posts (the behind posts), a behind is scored and one point is added to that team’s tally.

The winning team is the one with the biggest points score.

Depending on where you are living in Australia will determine how you celebrate the AFL Grand Final. Whether you are in lock-down with your immediate family or can be around a few of your friends you an still have a great time!

For something a bit different try serving all your favorite party food for your guests arranged on platters and keep it coming throughout the game. Decorate your party area with your teams colors – balloons, streamers and banners.

Serve the following heated up with bowls of tomato sauce: